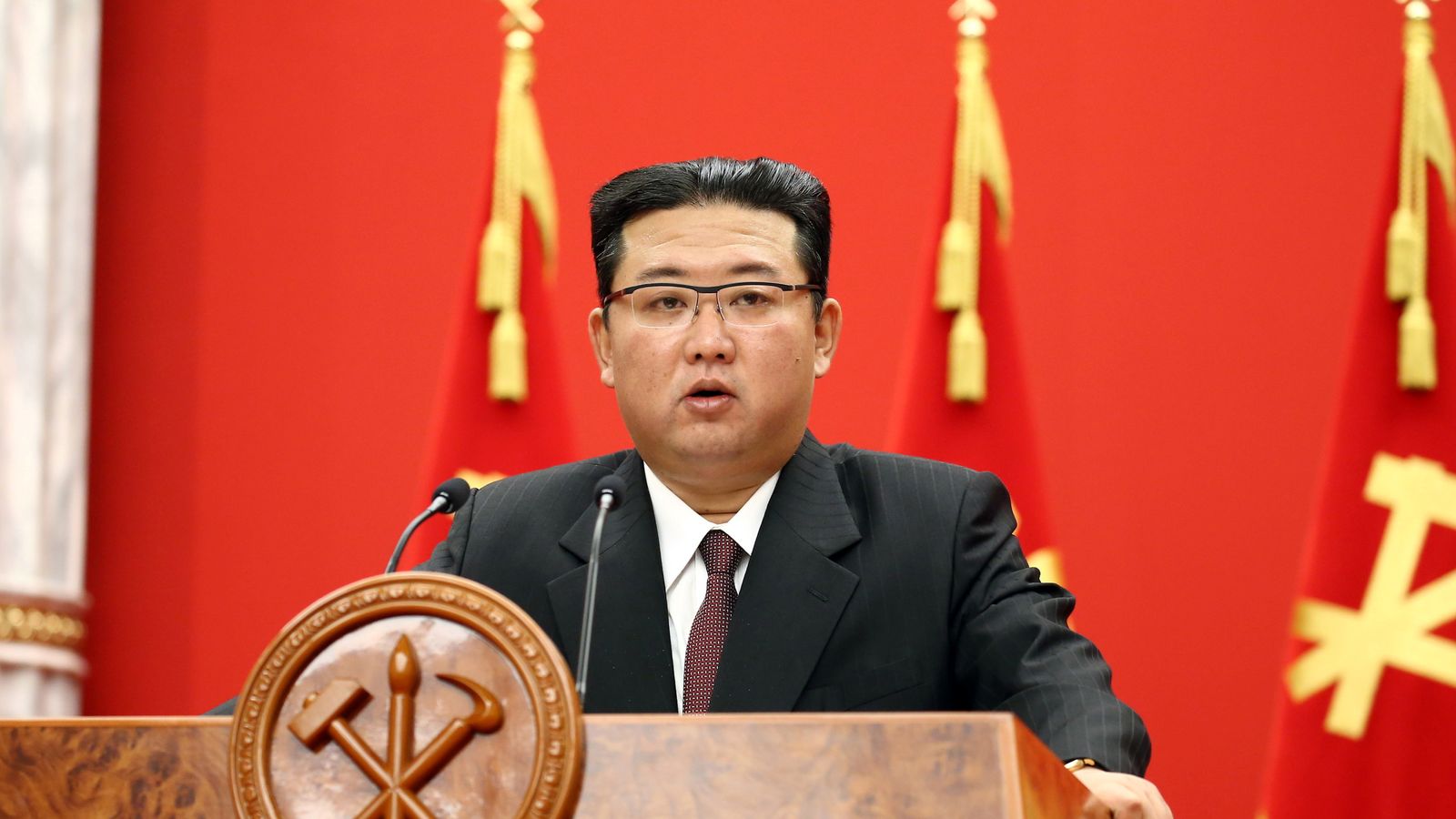 North Korea has fired a submarine-launched ballistic missile from its east coast into the Sea of Japan, South Korea’s military has said.

The launch, which has been reported by officials in South Korea and Japan, is the latest in a recent series of weapon tests by the country.

It caused Japan’s new prime minister to withdraw from his election campaign trail, and overshadowed the opening of a major arms fair in Seoul.

Military chiefs in Seoul said the rocket, launched from the sea in the vicinity of the port city of Sinpo at around 10.17am local time, was a submarine-launched ballistic missile (SLBM) test.

“Our military is closely monitoring the situation and maintaining readiness posture in close cooperation with the United States, to prepare for possible additional launches,” South Korea’s Joint Chiefs of Staff said in a statement.

The launch came after US and South Korean envoys met in Washington to discuss the nuclear stand-off with North Korea on Monday.

The US military’s Indo-Pacific Command condemned the move as destabilising but said it did not pose an immediate threat to the United States or its allies.

Japan’s prime minister, Fumio Kishida, said two ballistic missiles had been detected and that it was “regrettable” North Korea had conducted a string of missile tests in recent weeks.

There was no immediate explanation from South Korea’s JCS for the conflicting number of missiles detected.

Mr Kishida cancelled scheduled appearances as part of his election campaign trail in northern Japan, and the deputy chief cabinet secretary told reporters that the prime minister was planning to return to Tokyo to deal with the missile situation.

Speaking to reporters, Mr Kishida said: “I’d rather not predict North Korea’s intentions (of firing the missiles) from my point of view. But I think we must continue making efforts on grasping the situation and collecting information.”

Despite struggling economically under a self-imposed pandemic lockdown, North Korea has continued breakneck development of missiles and expanded nuclear activity, said Leif-Eric Easley, a professor at Ewha University in Seoul.

“Now that the Kim regime is gradually loosening border restrictions for limited external engagement, it is simultaneously testing missiles to advance its military modernisation,” he said.

“North Korea’s renewed testing of ballistic missiles suggests the worst of domestic hardship between summer 2020-2021 could be over,” Chad O’Carroll, CEO of Korea Risk Group, said on Twitter.

“Pyongyang tends to focus on one big strategic issue at a time, so the renewed testing could suggest military – later foreign policy – now priority,” he added. 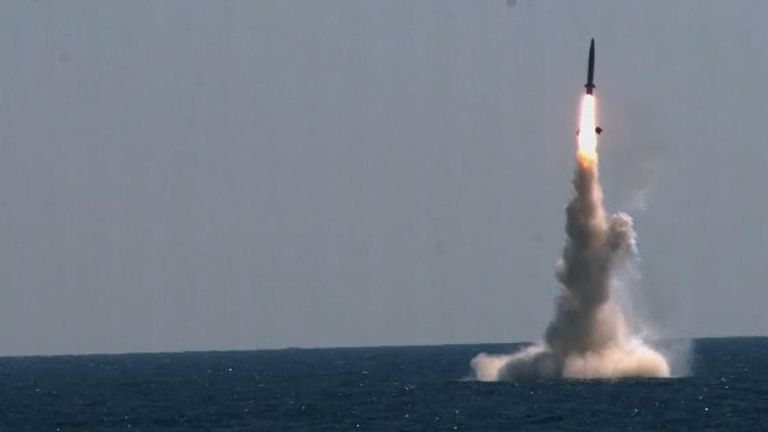 Others have suggested the test appears to be aimed at matching or surpassing South Korea’s quietly expanding arsenal.

The launch comes as representatives of hundreds of international companies and foreign militaries on Tuesday were gathered in Seoul for the opening ceremonies of the International Aerospace and Defence Exhibition (ADEX) – to include displays of next-generation fighter aircraft, attack helicopters, drones, and other advanced weapons, as well as space rockets and civilian aerospace designs.

Last month, South Korea successfully tested a SLBM – becoming the first country in the world without nuclear weapons to develop such a system. The same day, North Korea test-fired a missile launched from a train. 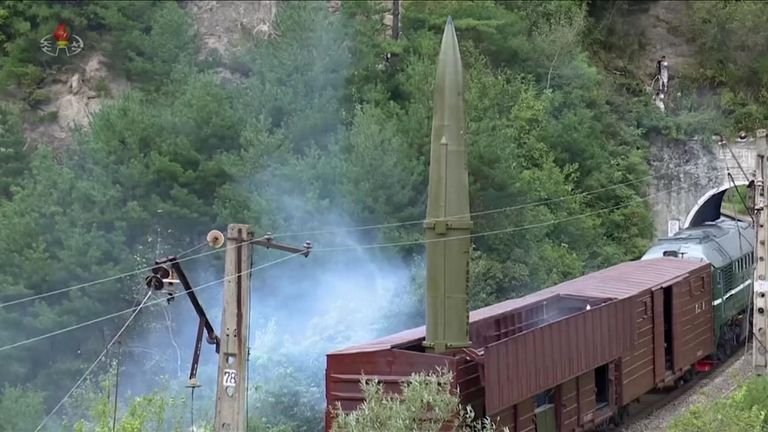 Talks over Pyongyang’s nuclear disarmament have floundered since Donald Trump’s second meeting with Kim Jong Un in 2019, when the former US president rejected a request for major sanctions relief.

The North Korean leader has vowed to strengthen his nuclear deterrent and his government has so far rejected the Biden administration’s offers to restart dialogue without preconditions.